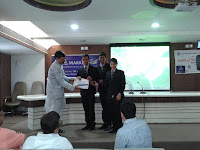 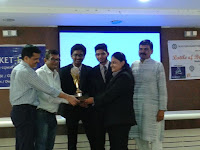 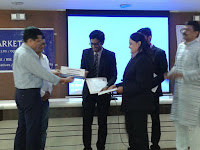 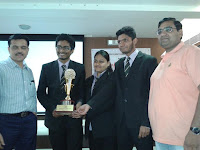 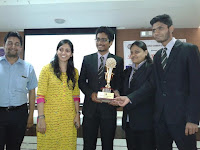 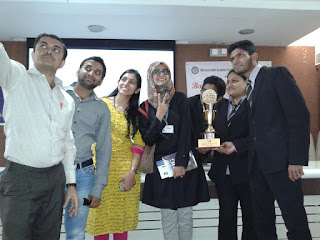 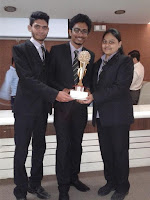 Southern Gujarat Chambers of Commerce had organised a competition (Battle of Brains) for all the management colleges of South Gujarat. in this competition students were provided with the live cases wherein they were required to give solutions for the given business problem.

Out of all the three teams, Team-I and Team-II were qualified for the final round. Team-II (Adhwaith Pillai, Harsha Choudhry, UmarFaruk Mulla) won the competition "Battle of Brains". They were awarded with the trophy, certificates, and cash price of Rs.5000.

Team-I (Abhik Shah, Dharmika Bhavsar, Pushpak Parmar) became the Second runner up. They were given certificates and cash price of Rs.2000. They also won the lucky draw of Rs.500.

The competition helped the students to co-relate classroom teachings with the practical aspects of business. Participating in the event made the student to have a market insight and to know the business scenario in detail.
at March 10, 2016 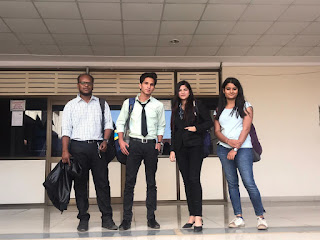